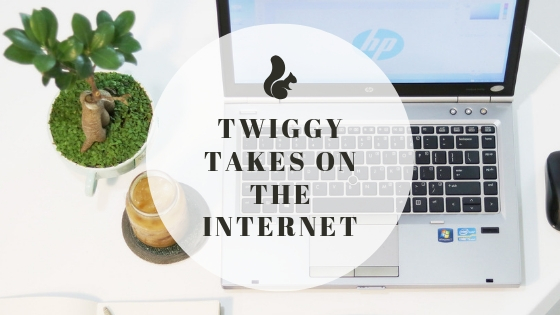 After 40 years, Twiggy has finally entered the 21st century. You may have seen pictures and videos of her posted to your best friend’s myspace page or as one of the original YouTube videos, but never in this capacity. The Twiggy Legacy began when Chuck Sr. brought the original photo of Twiggy water skiing to the Sanford Herald. Her story quickly made its way through the United Press International circuit and went viral before it was cool. Back when the internet wasn’t around, Twiggy had millions of views, in the newspaper of course. In 2015, Twiggy went viral on GoPro’s YouTube channel as the Most Valuable Pet of X Games Austin.

When social media came of age, Twiggy was still stuck in the 1980’s. With the ever-changing social media scene, it was hard for LouAnn to keep up. Between raising a family and running Twiggy, she wasn’t able to maintain a social media presence. Patrons and fans alike, shared Twiggy’s talents across social media platforms making her the World Famous Twiggy the Water Skiing Squirrel that she is today.

As of October 2018, Twiggy’s Team has skied their way into the hearts of her fans. With an experienced team behind her, she now has over 2,000 Instagram followers, 1800+ Facebook likes and 200+ Twitter followers and YouTube subscribers. With weekly posts on all channels, fans can see a sneak peek into the life of Twiggy and her team. From our show performances to our crazy camping adventures, all of our squirrel shenanigans are on full display.