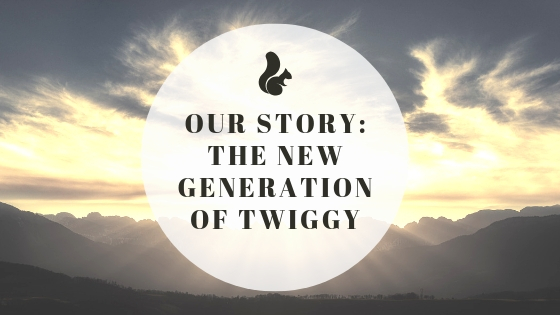 It’s not a secret that Twiggy has a long standing reputation. Established in 1979 and still going strong in 2019, 40 years of laughs, love and so many squirrel jokes! As many of you may know, Twiggy was started by Chuck Sr. and LouAnn Best in Sanford, FL. After Chuck Sr.’s passing, LouAnn continued on with Twiggy’s performances from 1998-2018. She retired last summer after 39 consecutive years of performing. Chuck Sr. and LouAnn’s son, Chuck Jr., decided to take over the family business from his mom and continue on the family legacy.

LouAnn’s squirrel, Twiggy VIII, retired with her at the age of 10. Chuck Jr. faced the difficulty of rescuing and teaching a squirrel how to water-ski in order to start his tour. His mom had been rehabilitating a squirrel who had partial paralyzation in her back legs. Chuck Jr. made the choice to continue to rehabilitate this squirrel. He used water therapy to get her to use her back legs and wake up her muscles. After about two months, she was running around and had regained most of the movement in her back legs. He then decided to teach her how to water-ski! Now after six months of training, Twiggy IX has regained full movement and knows how to waterski and wakeboard.

Twiggy X his the waves…

Around the same time, Chuck Jr. received a call from his former boss, Keith Ori. Keith’s neighbor had found a baby squirrel in his yard and Keith’s first reaction was to call Chuck Jr. Chuck Jr. picked her up at only one week old and began the rehabilitation process. At four months old, Chuck Jr. decided that the baby squirrel was ready to begin her Twiggy training and would eventually become Twiggy X. On January 6th, Chuck Jr. and the rest of Twiggy’s team, including both squirrels and a dog, embarked on their 2019 Winter Tour. Three months, eight shows, seven states and two countries later, we’re ready for our upcoming Summer Tour and to continue on the Twiggy legacy!