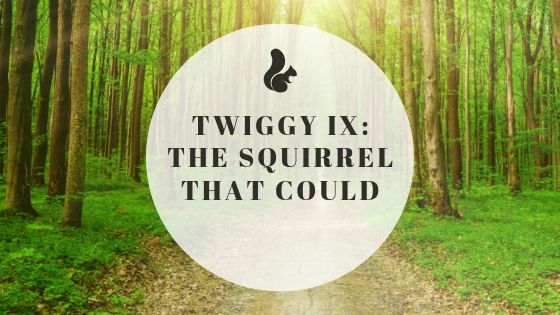 Hollywood or more commonly known as Twiggy IX is our 5 year old rescue squirrel. He was rescued by LouAnn Best after Florida storm blew him out of his nest. Shortly before he was rescued, he had a seizure which led to paralyzation in his back legs. Unfortunately, this meant that he would no longer be able to live in the wild. LouAnn decided she wanted to be the one to raise him and he lived with her for the next 4.5 years of his life.

After Chuck Jr. took over the family legacy, he decided he wanted to give Hollywood a chance at being Twiggy. He knew before he started training, that he wanted to help him regain the movement in his back legs. He wasn’t quite sure how he was going to do this,  if he could remember how his dad had helped a previous squirrel with water therapy. Chuck Jr. decided to give it a try and it worked! Hollywood regained full movement in his back legs!

Now the training would begin, Hollywood started training in September of 2018 and learned to water ski in just a few short months! You may also realize that we referred to him as a male. The original Twiggy was a girl and ever since all Twiggy’s have been referred to as females during the show.  In his natural order of life he is a male and enjoys eating nuts and climbing on Sydney’s head. He’s also a snuggle pro and loves to be scratched on his sides and behind his ears. Through his recovery, Hollywood has become even more friendly & is the happy, friendly squirrel we know today. Some people didn’t believe he could learn to be a Twiggy, but against all odds, he’s a star!